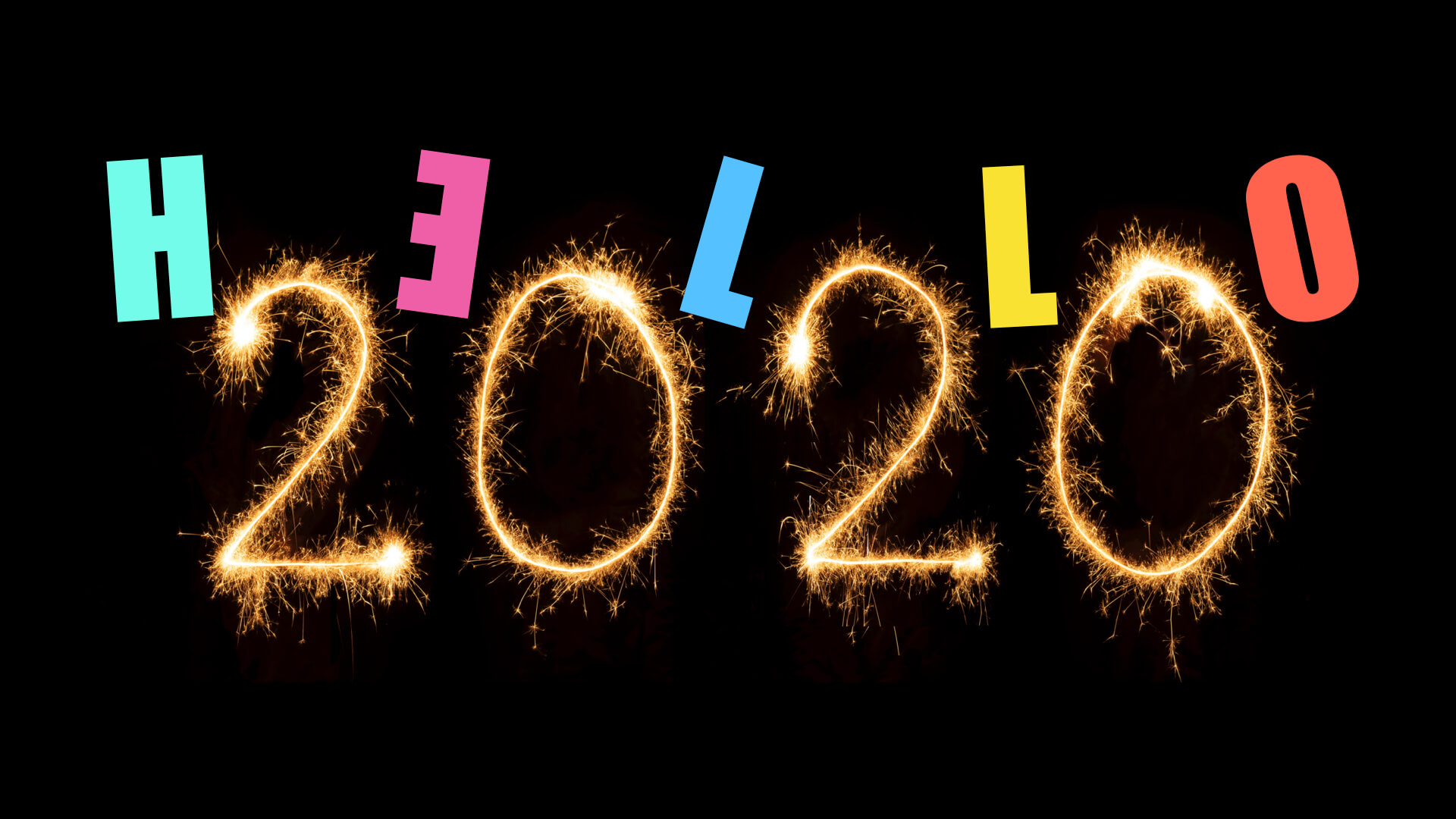 We have been creating short videos to welcome the new year since 2008. This year was no exception. These videos, created on a shoe-string budget, are usually typographical in nature with some kind of an optical illusion or AHA! moment built in. Check out our latest creation to welcome 2020 titled Writing with Light, (created with a budget of zero dollars!).

You can see all the previous years’ videos here. Some of them are quite cool, if I say so myself.

What is going on here? OR How does this work?

This video uses the idea of light painting. As Wikipedia describes it

The key here is long exposure, i.e. keeping the camera shutter open for a relatively long time (in this case two shots of 6 seconds each – one for 2019 and the other for 2020) to let moving light create an image. (For instance the banner image above was created by somebody writing in the air with a sparkler.)

This video takes the idea of light painting or writing to another level. It is light painting with an animation! What is interesting is that even though you can see the animation and the entire process, it is difficult to predict what the final image that shows up on the still camera (the one taking the long exposure photo) will look like.

So lets break it down.

The video starts with an abstract animation which is in two parts. (That is what you see at the beginning of the video). This animation, created using Keynote on the Mac, is at the heart of the entire trick. I have extracted them as two animated gifs below. Look carefully, what do you see?

This animation is nothing but the numbers “2019” and “2020” moving across the screen as seen through a slit. Essentially the numbers are in the background, moving behind two black boxes with a gap between them. The two animated gifs below will make it clearer – since I have reduced the transparency of the black rectangles so that you can see what is really going on. All you see in the gifs above are the white portions of the numbers as they pass below the gap between two black blocks.)

The direction of the movement also matters. Note that 2019 is moving from left to right while 2020 moves from right to left. This is important because it tells us how the laptop is to move with respect to the still camera.

When the laptop moves with respect to a still camera, with its shutter open, the light of the animation “paints” the complete image on the camera—which in this case happen to be 2019 (when the laptop moves left to right) and 2020 (when going in the reverse direction)!

For the shoot, the laptop was placed on a skateboard that could be moved (by someone hiding behind the table) from right to left for 2019 and from left to right for 2020, the opposite direction of the actual animation). The setup is sketched out below.

Once the things have been set up, the video camera is switched on and stays on the entire time. The DSLR is switched on twice, once for the 2019 and the next time for 2020, giving us these two images – created by nothing but light. How cool is that! 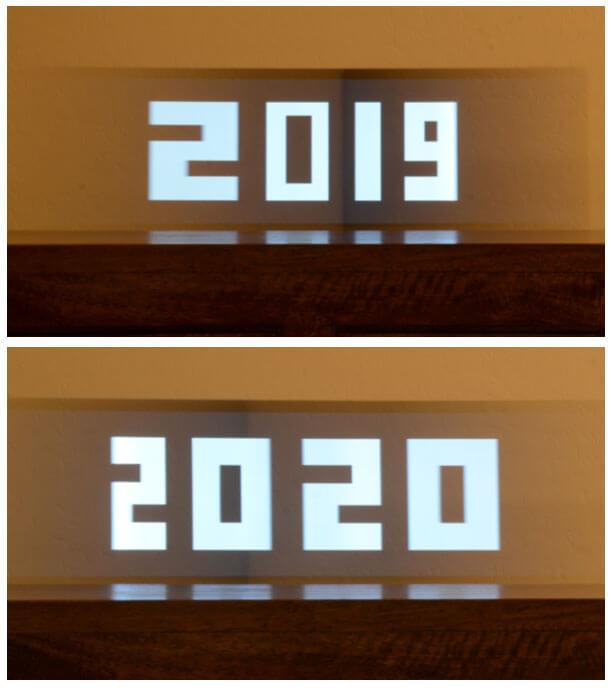