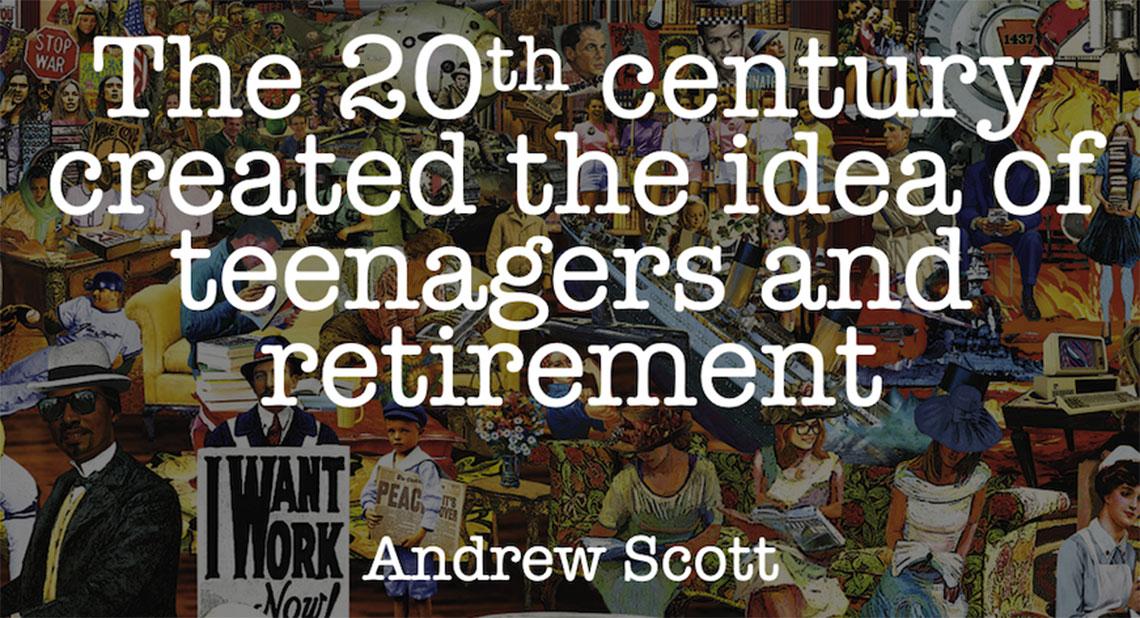 Teenagers, retirement and reflections on the new abnormal

The economist and thinker Andrew Scott once said something that blew me away. He said that:

The 20th century created the idea of teenagers and retirement.

I had never considered that the idea of teenagers and retirement was a 20th century idea. These seemed to be constructs that had been with us forever.

Through most of human history, people were born, did stuff to survive and thrive, and kept at it, for the most part, till they died. As this article on the history of teenagers says:

Humans have been turning 13 for tens of thousands of years, but only recently did it occur to anybody that the bridge between childhood and adulthood deserved its own name.

The article goes on to say that

The teenager emerged in the middle of the 20th century thanks to the confluence of three trends in education, economics, and technology. High schools gave young people a place to build a separate culture outside the watchful eye of family. Rapid growth gave them income, either earned or taken from their parents. Cars (and, later, another mobile technology) gave them independence.

Similarly, this article on the history of retirement points out that the first models of retirement emerged in 1889 in Germany, before spreading out over the world.

Work until you die — or until you can’t work anymore.

Until the late 19th century, that was the old-age plan for the bulk of the world’s workers.

Only in 1889 did German Chancellor Otto von Bismarck introduce modern pensions. Bismarck wasn’t really motivated by compassion for the plight of the working class. He wanted to preempt a growing socialist movement in Germany before it grew any more powerful.

Think about this for a second.

Teenagers and retirement – two things that seem so obvious and normal today, are relatively recent creations. Born out of technological, political and economic transformations that have created the world we live in today.

Andrew followed this statement by asking

What new life stages will we create now?

The trends and changes that fueled the 20th century continue today, just in different directions. These changes in technology and work (whether AI or automation) will change how we live, learn and prosper in unanticipated ways.

The quote also made me ask myself: what else do I assume to be “normal” when in reality it is anything but?

This is particularly true today, in these COVID hit times when we often speak of the “new normal.”

That of course assumes that what we had before was normal.

But in our heart of hearts we know that the systems that were disrupted by COVID19 were not perfect—far from it. If COVID19 has taught us anything it is that there are deep, unjust inequities in our systems, and that the impact of the pandemic does not fall equally on everyone. The virus does not discriminate but our systems do and that has significant negative consequences for the most disadvantaged.

The virus did not cause these inequities. It just revealed to us the hollowness of much of what we took to be normal.

And COVID19 is not the last of the disruptions we are facing. There are many more coming our way.

But maybe the COVID19 crisis is a wake-up call.

And maybe, just maybe, there is an opportunity here for us to ask why we have the systems we do and how we can create systems that are just, equitable, humane and sustainable.

That, if anything, that is at the heart of the learning futures and principled innovation work we do. 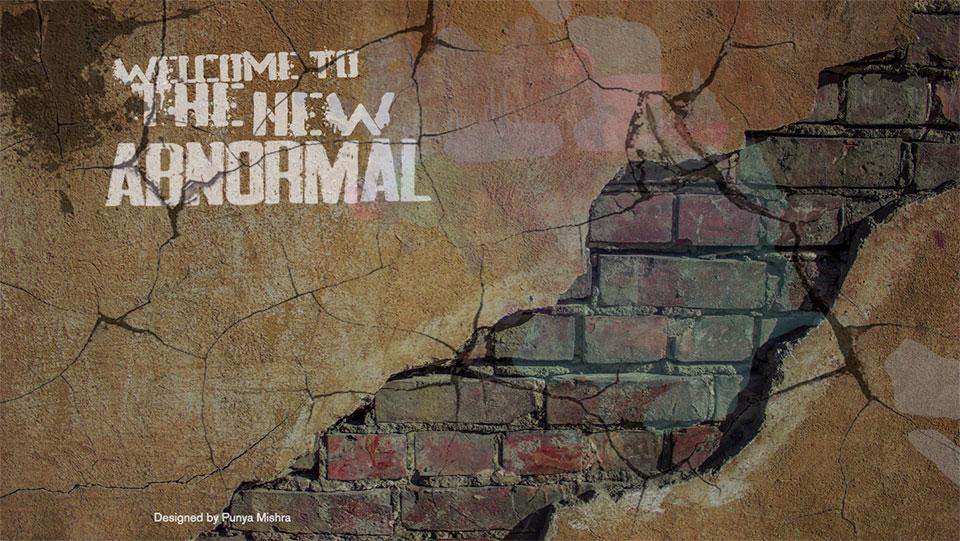